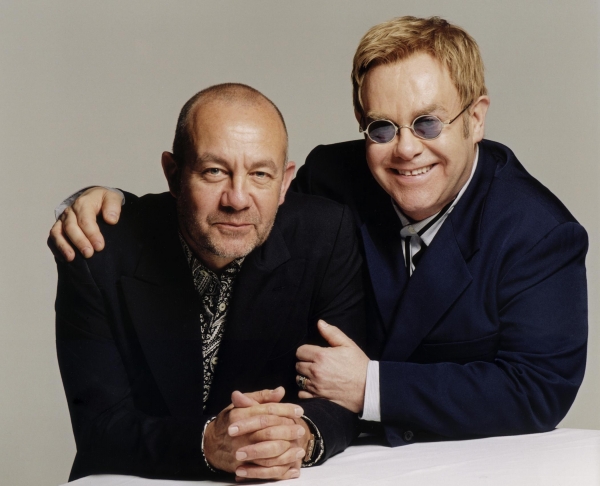 I'd like to wish Bernie Taupin a happy belated birthday. The man who put the words in Elton John's mouth turned 70 last Friday. It's funny to think after my recent birthday how 70 doesn't seem that old. The part that's astounding to me is the two men have collaborated for 50 years! They found each other in the want ads. Bernie was a lyricist who wrote the words and poetry that Elton set to music and in doing so, carved out their place on the Mount Rushmore of songwriting duos.

I also want to thank my junior high school American History teacher Mr. Michael Howard for making me listen to and read the lyrics of an Elton John/Bernie Taupin song that spoke in a historical context. The song was "Indian Sunset" from "Madman Across the Water." It was written in the voice of a native American during the time of the settlers' push to the west. It was a life-changing moment for me because not only did it show this historical event through a different, and maybe not so popular, lens but it taught me how lyrics can truly resonate and even change your perspective. I believe it's what tuned me into how lyrics can tell a much deeper tale more so than your standard "Boy meets Girl, falls in love then loses girl, sings a love song and wins her back" structure.

It was about a decade after this epiphany that I actually got to meet Mr. Taupin. He came to the WONE studios to promote a non Elton John, solo project album called "Tribes." I geeked out talking to him and totally bent his ear on what his lyrics on "Indian Sunset" meant to me and how it opened up a whole new world of extracting the deeper meanings of songs and completing the aesthetic experience.

Looking back, I probably didn't come across as well spoken as what I've just written but I was nothing if not genuine. He politely thanked me and went on his way. So Happy Birthday to the Brown Dirt Cowboy from Captain Spastic in Akron. I was hardly a hero, just someone his Mother might know.

More in this category: « Ozzy is Cold & Sharon is Delicious Sir Paul, Stevie Ray, and Mary's Little Lamb »
back to top