Ozzy is Cold & Sharon is Delicious 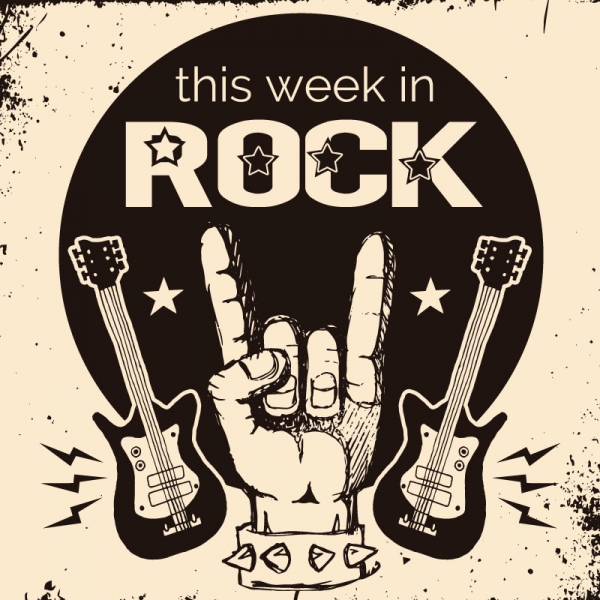 In this edition of This Week in Rock; Ozzy and Sharon get creamy, Bono and Bret get operated on, and Bob gets bar mitzvah'd. Let's go!

Ten years ago this week, Akron rockers The Black Keys released "Brothers." It was their sixth album and it won three Grammy Awards. You can add them
to the list of bands that won't be touring this year.

2010 - U2's Bono underwent emergency back surgery after suffering an injury prepping for their U2360 tour. Meanwhile over here in the states, Poison frontman
Bret Michaels suffered a “warning stroke” as a result of a hole that was found in his heart. This came a month after he was treated for a brain hemorrhage.

2004 - Ozzy & Sharon Osbourne were immortalized in ice cream of all things by the Country Cow Creamery. The two flavors were called "Ozzy's Carnivorous Carrot Cake"
and "Death by Sharon."

1992 - Aerosmith donated ten thousand dollars to make sure a controversial art exhibit would go on display at M.I.T. The National Endowment for the Arts had denied
funding claiming some of the graphic images were offensive. Apparently not too offensive for the Bad Boys from Boston.

1966 - A 16-year-old Bruce Springsteen wrote his first two songs in the back of a 1961 Mercury on the way to a recording studio.

1965 – Pete Townshend celebrated his 20th birthday by writing The Who's seminal rock anthem “My Generation."

1954 - Robert Allen Zimmerman had his bar mitzvah. He later changed Robert to Bob and took the first name of Welsh poet Dylan Thomas as his last name and became
Bob Dylan

And that's the streamlined version of "This Week in Rock." Let me know if you like it or offer some thoughts. Shoot me an email to This email address is being protected from spambots. You need JavaScript enabled to view it.. Thanks for reading.

More in this category: « Wet Your Whistle & Pucker Up Happy Bern'Day »
back to top