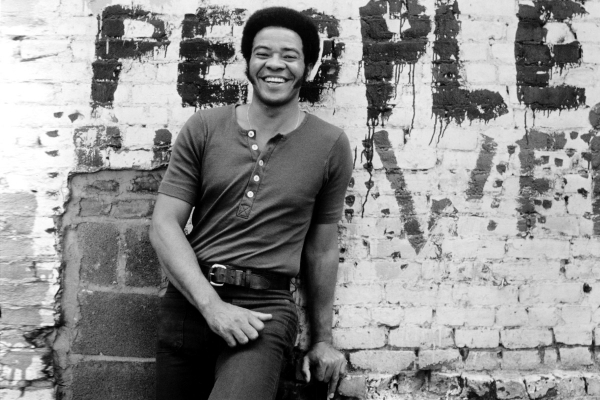 I was sad to see this news today that Bill Withers had passed away at the age of 81. It was not the Coronavirus but heart failure that claimed him. He made a lot of hit records in a short period of time around the time I was entering my teens and I dug him. "Lean On Me," "Ain't No Sunshine," "Use Me," (my favorite), "Lovely Day," "Just The Two Of Us" with Grover Washington, Jr. and others. The guy was cool and not affected by his stardom. He easily walked away from it and the hits stopped.

I got to attend the Rock & Roll Hall of Fame inductions the year he went in. It was 2015. I took my brother Dave who himself a music lover had turned me on to great tunes growing up. That year's class had everything we could ask for: Green Day, Joan Jett & The Blackhearts (with Miley Cyrus inducting), Lou Reed (Patti Smith doing the honors), Stevie Ray Vaughan with his brother Jimmy in attendance, Ringo "effing" Starr inducted by Paul "effing" McCartney for Pete's sake! This was extra cool because my brother got to see The Beatles at Cleveland Municipal Stadium in 1966. All that right there would have been a great show but Bill Withers was the icing on the cake for me.

Stevie Wonder inducted him and Bill gave an amusing and humble speech. Look it up sometime on the Rock Hall's website. It's thirteen minutes but totally worth it. You could tell he was happy to be included in such auspicious company and grateful to his idol Mr. Wonder who did him the honor. The two men sat down to play some of Bill's songs. Sadly, Withers felt he was not in good enough voice anymore to sing but sat next to Wonder and smiled the whole time while Stevie played. One light-hearted part you didn't see if you weren't there came pretty far into the first song when Stevie realized he was not in the right key. Start over!

Rest Easy, Bill. I'm glad I got to see you. I imagine you're in fine voice now and singing loud & proud in Rock & Roll Heaven.

More in this category: « What Rhymes With "Goo Goo G'joob?" Oh By The Way, Which One's Pink? »
back to top