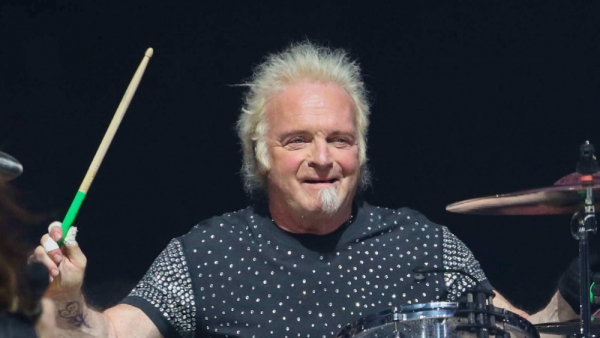 Aerosmith will make an appearance on this Sunday's Grammy Awards show but they will be without their long-time drummer Joey Kramer and he's pissed about it, too! So much so that he's suing them. Kramer's lawsuit claims that after he suffered some minor injuries in spring 2019 that forced him to miss some shows, the other Aerosmith members asked him to basically audition to prove he was "able to play at an appropriate level" before they would allow him to perform with the band again. Reluctantly he did but the other band members decided to not allow him to rejoin the group, telling him he "did not have enough 'energy' in the recordings." Wow, seems harsh, right? The band has issued a statement saying, "Joey Kramer is our brother; his wellbeing is of paramount importance to us. However he has not been emotionally and physically able to perform with the band, by his own admission, for the last 6 months. We have missed him and have encouraged him to rejoin us to play many times but apparently he has not felt ready to do so." The message continues, "Joey has now waited until the last moment to accept our invitation, when we unfortunately have no time for necessary rehearsals during Grammys week. We would be doing a disservice to him, to ourselves and to our fans to have him play without adequate time to prepare and rehearse." Aerosmith plans to play without Kramer at this Friday's MusiCares Person of the Year gala honoring the band and at Sunday's Grammy Award ceremony. In an attempt to smooth things over the group is inviting Joey to attend both events. I guess this is what the business side of Rock & Roll looks like.

A follow up: A judge didn't find Kramer's defense convincing enough to let him rejoin Aerosmith for the band's two performances: Saturday's MusiCares Person of the Year gala, where the band will be honored, and Sunday's Grammy performance.