The Dunder Mifflin Akron Branch.. (and a sneak peek of Frankie) 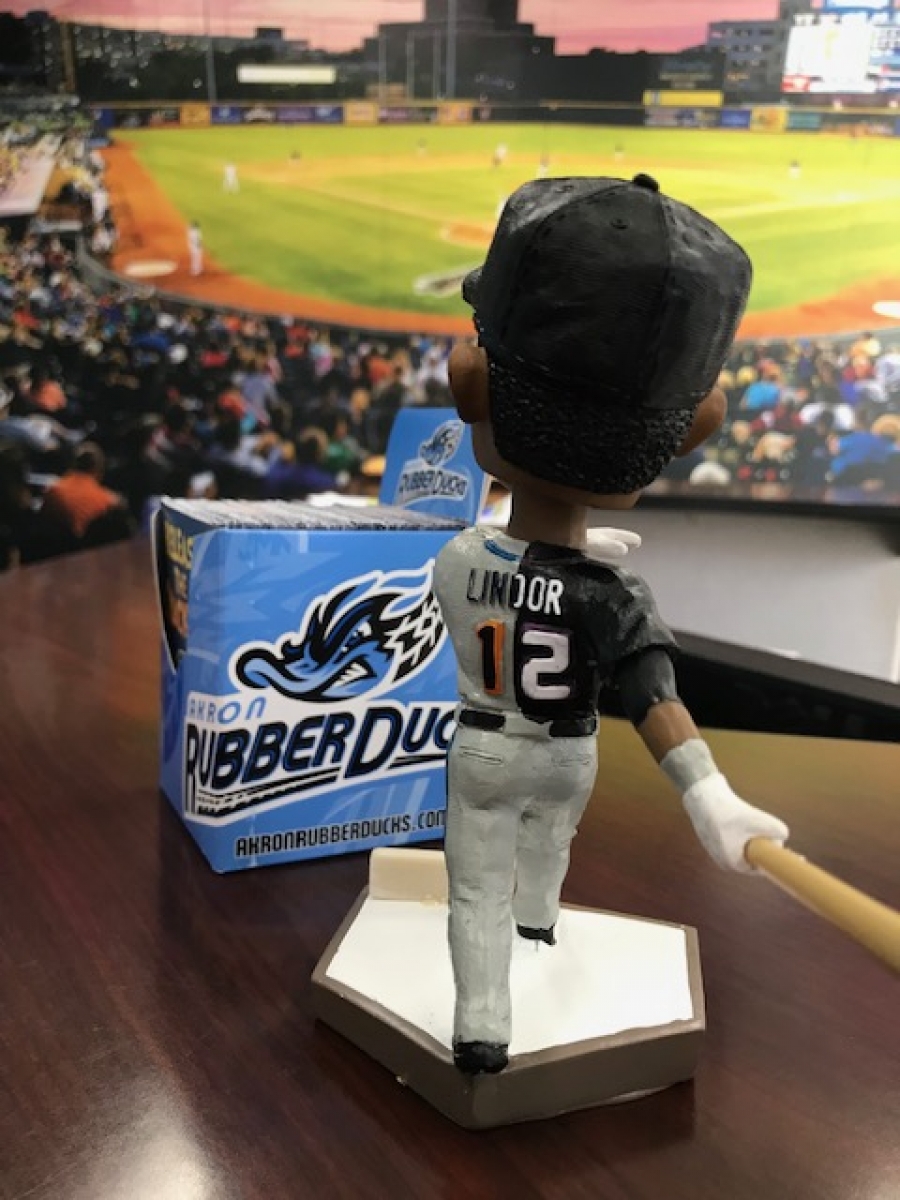 There are only a handful of games left at Akron's Canal Park to see your Akron RubberDucks! Canal Park is such a gem here in Akron. Games are fun & affordable and the promotions at the park are the best. Every Saturday home game is WONE Night at Canal Park. This Saturday is "The Office" night at Canal park with an appearance by Kevin Malone actor, Brian Baumgartner.* The first 1,000 fans through the gates will get a Kevin Malone bobblehead with his big pot of chili. Watch the giant scoreboard for yours truly alongside of Jeff Kinzbach.

I'll give you a little sneak peek of the final bobblehead of the season next Saturday (8/31). It's the first fan vote bobblehead as the ball club celebrates 30 years in the 330 and it features fan favorite Francisco Lindor. He was one of the players to sport both an Akron Aeros jersey and a Rubberducks jersey. He played the final year of the Aeros and the first year of the Ducks.

If you haven't made it to Canal Park for a game, I highly recommend it! It really is a great experience!

* UPDATE: Brian Baungartner had to cancel his appearance this Saturday. Stanley Hudson (aka Leslie David Baker) will be pinch-hitting for his buddy Kevin Malone on Saturday night at Canal Park.